This is a typical story of a trader. A trader follows the rules, grabs his profit but cannot control his emotions. So in order to grab that extra profit, he incurs a loss. Greed is an emotion you need to give up on. You need to understand when it is enough for you. You need to define your targets according to your one theory that you follow. You should always have your stops and targets in place. Do not hope for more because once the hope becomes anticipation and pride, it will lead to fear and then finally regret.

There were these two friends who when started trading, would sit together and trade equity futures. Both of them knew each other’s positions. There were times when one of them would exit a trade but the other would sit tight with his position just to prove a point to each other. Trading is not to satisfy your ego. You have to be honest with yourself. If you think your signal in the chart says that you have entered a wrong trade, there is no shame to exit immediately and accepting that the trade was wrong. No one can guarantee you a 100% correct trades in a particular time. All we aim at is to improve the percentage of correct trades. The best practice is to not discuss your open positions with anyone. Once you close the position, you can discuss it with anyone you like.

Amateur traders trade and keep moving their stops south of their targets. This shows the uncertainty of the confidence of the trader. They have fear of failing. Once the targets are achieved, amateur traders become greedy, they hope for more profits and sit till they lose what they were supposed to get out of the market. If you take a flight from London to Spain and expect to travel all the way to India, the only way to do that is to pay more money. Professional traders do not involve themselves into wishful thinking and work out an exit strategy.
I knew this man who got into trading after learning technical analysis. Whenever he made losses, he would blame his coach for not teaching him the secrets of the market. My uncle who started trading and used to trade options, used to take decisions on his ‘feelings’ about the market on that particular day. No prizes for guessing what happened to his trading account. One should be honest to everyone specially himself. You will get annoyed, angry and curse at others because you lost money in the market but it will not be because of them that you lost in the market. There are days when the amateur trader comes home and takes his frustration out on his family because he lost a trade. Once you realize that it is your own personality and lack of self-discipline that leads you to this situation, you can then start working towards being a winner. Acceptance is very important among major denials. Impulsive and emotional trades are not for the professional traders

There used to be a trader with a really big account and used to trade futures. He used to call his friend and gives free advice on commodities whenever he was taking a position. His friend used to get influenced by his call and always made losses from whatever trade that followed the call. This happened few times and when he met me, he mentioned that he makes losses because of his friend. He was in denial. He could not accept the fact that he was making losses and he was blaming someone else for it.

I was finishing my M.Sc. in finance from Glasgow when one day in a cab, while conversing with the driver about my course, he started telling me his story. He put his money into stocks, lost them and to get it back he put his house and shop at risk and traded more stocks. He lost his home, shop and his family left him. Now he is driving a taxi, studying books on stocks and would like to enter again. He had no discipline, self-control and had gambled away his life for few moments of excitement. A good trader knows his limitations and knows when it is enough for him to book profits. A good trader always stays away from emotional trading and relies on his signals only. One should be aware of his capital strength to determine how much he wants to risk in a particular trade.

Trading is an intellectual skill based work where you have no room for excitement and gambling. If you want to last here for a long time, you need to learn the skill of the trade and self-discipline is the key to survival. You would want to be in the list of very few winners out there instead of in the list of majority of the losers. Amateur traders enter trades, lose money and get scared to enter again. They are fearful because they have not followed money management rules and have lost most of their capital to the market. If they win, their excitement leads to more impulsive trades and eventually end up with the same result.
Impulsive and emotional trades are not for the professional traders. I have been-there done-that and I want you to save time and stay away from emotional trading. As the casinos do, markets love having the loser participation. You will need to get the winners’ discipline in yourself and stay on the rarer side of winners in the market.

Why Trade? Why I got into Trading Business 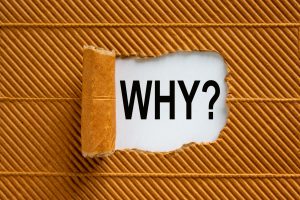 Why Trade? Why I got into Trading Business

Not a member yet? Register now

Are you a member? Login now